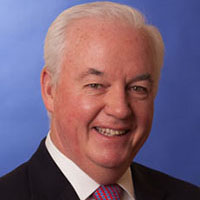 Dr. Denehy’s experience, compassion and surgical skills have gained him recognition in several well regarded publications. He has been selected by his peers for over 10 consecutive years in Castle Connolly’s “Top Doctors in the New York Metro Area”. Additionally, Dr. Denehy has also been selected as one of the “Best Doctors” in New Jersey, NJ Savvy, New Jersey Monthly, Inside Jersey and New York magazines.