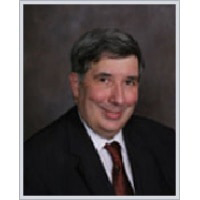 Dr. Donald Chervenak is the founder of Florham Park OB/GYN and has delivered over four thousand babies. He has served as Clinical Chief of OB/GYN at Saint Barnabas Hospital, Livingston and is a Clinical Associate Professor, Department of OB/GYN of Rutgers New Jersey Medical School. Chervenak obtained his medical degree, and a double major B.A. in Medical Science and Psychology from the accelerated medical program at Boston University. He is President of the New Jersey OB/GYN Society, Morris County Medical Society, and a Trustee of the Medical Society of New Jersey. He is a Fellow of the American Congress of Obstetrics and Gynecology and is Vice-Chair of that Congress New Jersey Section. He founded the Boston University Primary Care Society. He established the first Political Action Committee for OB/GYN in N.J. He has served as chairman of the medical committees of Planned Parenthood of Greater Northern New Jersey for over twenty-five years.

He helped oversee the daily operation of ten clinics and the healthcare of over 30,000 women per year. He chaired the creation of the largest unaffiliated malpractice group in New Jersey (PHCA). Working with M.D. Advantage and creating risk protocols, health insurance became more affordable for providers. Chervenak chaired the New Jersey Medical Society Task Force reinforcing the need for annual mammography for women between the ages of forty and fifty and help establish the Humanism Award for the same society. He has appeared on “60 Minutes”, as well as WNBC-TV and WABC News commenting health issues and medical malpractice crisis. He is honored to be the 2014 recipient of the Peter W. Rodino, Jr. Citizen’s Award for distinguishing service in advancing and promoting the health and well being of the people of New Jersey.