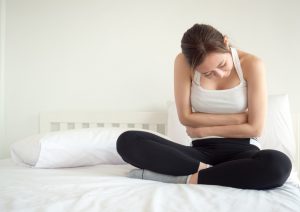 A fibroid is a type of non-cancerous tumor that forms in the uterus. Fibroids — also called uterine fibroids — consist of smooth muscle cells and connective tissue and can range from pea-sized to grapefruit-sized. An estimated 20 to 80 percent of women in their childbearing years have fibroids, although many women do not know it.

Some women have no symptoms at all, while others’ symptoms are severe. And although every woman experiences a unique set of symptoms, some of the more common ones include:

Fibroids Are Usually Found During a Pelvic Exam

Fibroids are most often discovered during routine pelvic exams. However, only about one-third of fibroids are large enough to be detected during an exam. If a gynecologist believes a woman may have fibroids but does not detect them during a pelvic exam, the doctor may schedule an imaging test such as an x-ray, ultrasound or MRI.

Examples of other possible tests a gynecologist may recommend are:

Deciding to Treat Fibroids or Wait

When deciding whether or not to treat fibroids, it’s important for a woman to communicate closely with her doctor and discuss things such as:

If the gynecologist and patient decide to move forward with treatment, there are surgical, minimally invasive and non-surgical options that can include:

Visit womenshealth.gov to read frequently asked questions and to learn more about fibroid treatment methods. If you are experiencing any symptoms, schedule an appointment with one of our physicians today.